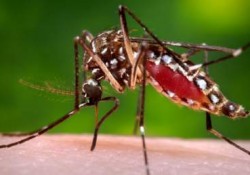 Thanks to the US Food and Drug Administration who allowed the use of a new drug named Krintafel (tafenoquine) to treat P. vivax malaria; malaria can be eradicated by 2030 in India.

The drug is developed by a not-for-profit research and industry partnership and is the first new treatment for malaria in more than 60 years. The drug is all set to get approvals for use globally fast.

P. Vivax predominantly causes disease and outbreaks in urban areas, and the majority of cases are reported between June and September, followed by a smaller peak in March.

Krintafel is a boon for people because this is a single-dose treatment that kills dormant infection in the liver to prevent relapse. If Krintafel is available quickly, it can help reduce malaria cases globally, especially in Asia and America.

Effective malaria-control measures have now lowered both P. falciparum and P. vivax cases and deaths in India, but the declines have been achieved predominantly through the control of P. falciparum. But having Krintafel available in India could make a huge difference in ending malaria.

Under the national policy, all fever cases clinically suspected of being malaria must be confirmed by rapid diagnostic test or microscopy. Bivalent RDTs that detect and differentiate between P. falciparum and P. vivax infections are being used since 2013.

It is crucial for India to stop p.vivax transmission an meet its target of eliminating malaria by 2030. Along with early diagnosis, treatment by accredited social health activists (ASHAs) at the community level, using artemisinin-based combination therapy, intensified control of mosquito breeding and use of long-lasting insecticidal nets to protect against bites, challenges such as ending hypnozoite reservoir in areas with low and seasonal transmission and improving vector and disease surveillance in peri-urban and urban areas will ensure P. vivax outbreaks do not set back India’s goal of eliminating malaria by 2030.