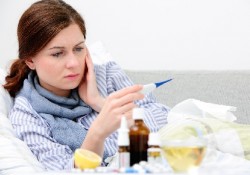 An audit has been ordered by the Uttar Pradesh Health Ministry of every death to identify the disease. Also, both the central and state teams have been deployed in the affected districts.

“Prima facie, it seems like these are cases of viral fever, typhoid and malaria. We are distributing medicines, organising camps and conducting mosquito-fogging drives. I am confident that we’ll be able to control this,” said Uttar Pradesh Director General of Health Services Padmakar Singh.

The state government confirmed reports of the outbreak in a press release and also identified the affected districts as Budaun and Bareilly in western Uttar Pradesh, followed by Sitapur, Hardoi, Bahraich and Shahjahanpur. All these districts are close to state capital Lucknow.
One of the government spokespersons said that an awareness drive will be launched to counter the unnecessary alarm being caused by “misleading” media reports.

We should be cautious and take care of our health. If you experience symptoms like fever, cold and cough, consult a doctor immediately and get a health checkup done.