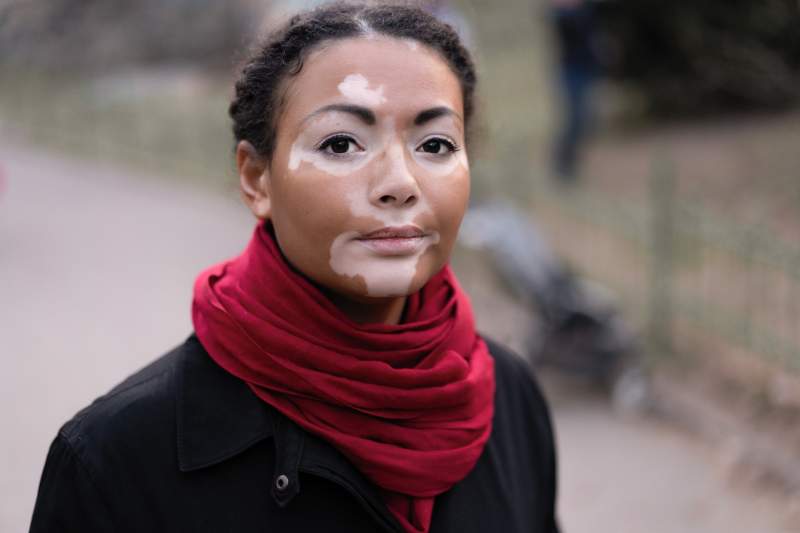 The Lesser Known Myths, Facts and Causes of Vitiligo

Vitiligo is a skin condition characterised by the development of white patches on the skin. It can affect any part of the body, but the areas most commonly affected are face, hands, feet and torso. Many myths are surrounding this Health Condition that one must know. Also, the exact causes of Vitiligo are not yet known, but various studies suggest that there are certain factors which can lead to Vitiligo.

Usually,  Vitiligo affects the skin on the body, but other areas such as the scalp, lips and genitals can also be affected. Our skin gets its colour from the pigment called Melanin. This pigment, Melanin is formed by the cells known as Melanocytes.  When these cells get damaged or die, it causes white patches on the skin and can develop Vitiligo.

The exact causes leading to Vitiligo are yet to be established. However, studies suggest that the following factors can develop Vitiligo:

6. Deficiency of Vitamin B12, folate, zinc and copper

These are some of the causes of Vitiligo. Vitiligo affects 1-2% of the population worldwide and is one of the most common skin disorders. Also, this health condition is highly misunderstood, and many misconceptions and social stigma surround this disease. Everyone must know the myths, facts and actual causes of Vitiligo and stop the stigma of this health disorder.

Myths and Facts about Vitiligo

Myth 1- It is Contagious

Fact- Vitiligo is not contagious, and one cannot get Vitiligo by touching anyone who has it. It is not an infection, and that is why it cannot be spread from one person to another. It is absolutely safe to touch, hug, or have sexual intercourse with a person who has it. Also, it cannot be transmitted via saliva, inhalation, blood, touch and sharing of personal items ( like drinking water bottles, towels, etc.).

Fact– It is a common belief in India that certain food items such as citrus fruits, sour yoghurt, sour pickle causes Vitiligo. Another common belief is that the simultaneous consumption of particular food like fish and milk can lead to Vitiligo. However, studies and researches do not support any such claims and beliefs. On the contrary, researchers have shown that antioxidants such as folic acid, Vitamin B12, etc. are helpful in preventing Vitiligo.

Fact- The truth is that the treatment of vitiligo is slow and difficult, but it is curable. There are many medical treatments to cure Vitiligo such as immunomodulator drugs, phototherapy and surgeries. Studies have shown that at least 70% of patients show a good response to proper treatment.

Fact- Vitiligo is just a skin disease which does not affect the patient either physically or mentally. It is only related to the skin and does not affect any other organ of the body. The belief that those affected by Vitiligo are less intelligent, mentally unsound, have dysfunctional bodies; is totally inappropriate. Those who suffer from Vitiligo are same as everybody else and do not lack in any physical or mental capabilities.

Myth 5- It leads to other Skin Disorders

Fact- Vitiligo in any way is not related to other skin disorders like albinism, leprosy and skin cancer. Vitiligo occurs when melanocytes get damaged while those who have albinism are born with little or no melanin. Similarly, skin cancer is a result of the mutation in DNA while Vitiligo is not a type of cancer as it occurs through a different mechanism.

Likewise, Leprosy is caused by the bacteria known as Mycobacterium leprae and is an infectious disease. If not treated at the right time, it can cause skin abscesses and nerve damage which can lead to physical impairment. Vitiligo, on the other hand, does not cause any physical disability and is an autoimmune disease.

Myth 6- All White Patches are related to Vitiligo

Fact- All the white patches are not vitiligo. There are many other conditions due to which white patches can appear on the skin, like:

2. Chemical Leukoderma- Due to Exposure to some chemicals, white patches may appear on the skin.

3. Congenital Leukoderma- Under this, white patches appear in some people since birth.

4. Fungal Infections: Certain fungal infections can cause hypopigmented patches which are scaly in nature.

5. Leprosy: Leprosy is most often confused with Vitiligo and is one of the main reasons for the social stigma surrounded by Vitiligo.

Vitiligo is a skin disorder which can be treated and cured. Yet, this disease holds many misconceptions and myths which must be eliminated so that people who have it can lead a happy life. It is often seen, especially in India that people who have Vitiligo are judged and are considered dangerous. Also, people who have Vitiligo face a lot of problems when it comes to their marriage. People who suffer from this disease are usually not accepted in society, and as a result, they live in stress which eventually leads to other health problems. We all must know the myths and facts of Vitiligo so that we can create an awareness and stop the stigma surrounding Vitiligo.

Get a Health Check-Up done on a regular basis to prevent diseases and illnesses. 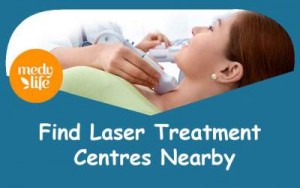