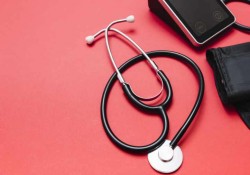 30% Indians have hypertension, says Lancet study tracking high blood pressure around world
The study is an international collaboration, including, among others, scientists from Imperial College London and the Indian Council of Medical Research.

The number of adults living with hypertension worldwide has doubled over the last 30 years, with over 30 per cent of Indians suffering from high blood pressure, reported a study published in The Lancet journal Wednesday.

The study is an international collaboration, including, among others, scientists from Imperial College London and the Indian Council of Medical Research (ICMR).

For the study, the researchers analysed blood pressure measurements over three decades from more than 100 million people in 184 countries.

Costa Rica, Kazakhstan, South Africa, Brazil, Turkey, and Iran were among the countries that have seen significant improvements in treatment and control rates over the past three decades, the researchers said.

This, according to the researchers, shows that the expansion of universal health coverage and strengthening primary care have been instrumental in improving hypertension care and reducing the severity of the condition.

Canada and Peru had the lowest proportion of people with hypertension in 2019 at around 1 in 4. Taiwan, South Korea, Japan, and some countries in western Europe — including Switzerland, Spain, and the UK — were found to have the lowest hypertension rates among women, while Eritrea, Bangladesh, Ethiopia, and the Solomon Islands had the lowest rates among men (less than 25 per cent).

At the other extreme, more than half of the women studied in Paraguay and Tuvalu in 2019 were found to have hypertension. Among men, this was the case in Argentina, Paraguay, Tajikistan and several countries in central and eastern Europe (i.e. Hungary, Poland, Lithuania, Romania, Belarus, and Croatia).

Past studies have shown that lowering blood pressure can reduce the number of strokes by 35-40 per cent, heart attacks by 20-25 per cent, and heart failure by around 50 per cent.

“Despite medical and pharmacological advances over decades, global progress in hypertension management has been slow, and the vast majority of people with hypertension remain untreated, with large disadvantages in low- and middle-income countries,” Majid Ezzati, a professor at Imperial College London and the senior author of the study, said in a statement accompanying the study.

However, he added that their “analysis has revealed good practice in diagnosing and treating hypertension not just in high-income countries but also in middle-income countries”.

The researchers noted that some countries, especially in Oceania and sub-Saharan Africa, lacked data on hypertension prevalence, which may affect the overall global figures.

“Low detection and treatment rates that persist in the world’s poorest nations, coupled with the rising number of people who have hypertension, will shift an increasing share of the burden of vascular and kidney diseases to sub-Saharan Africa, Oceania, and South Asia,” Leanne Riley from WHO, Switzerland, said in the statement.

“Improving the capacity of these countries to detect and treat hypertension as part of primary health care and universal health coverage must be accelerated,” Riley said.