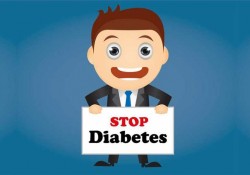 Study Reveals Diabetics can be more prone to Lung Disease

According to a recent Study published in the Journal Respiration, it has been found that People with Type-2 Diabetes may be at more risk of developing Restrictive Lung Disease (RLD) characterized by breathlessness, than non-diabetic patients. The lead author Stefan Koph from the University Hospital Heidelberg, Germany says that “Increased breathlessness, interstitial lung anomalies and RLD can be associated with Type-2 diabetes. It is therefore suspected that Lung Disease is a late consequence of Type-2 Diabetes as per Peter P Nawroth, Professor at the University

Find The Best Doctors Nearby