Home » Beauty » Why are Indians obsessed with Fair Skin?

Why are Indians obsessed with Fair Skin?

“Apply this curd and honey face mask; this will give you a fair skin, you have to improve your skin complexion; otherwise who will marry you?” is a typical dialogue which can be heard in so many Indian households.

Even matrimonial sites in India are full of people who want fair skinned life partners. According to a survey conducted by a famous Indian matrimonial website, the bias goes across genders- 71% women prefer fair men when it comes to marriage.

This obsession with fair skin ruins many marriages as the parents want their future son-in-law or daughter-in-law to be fair.

Many girls in India pay the price for being dusky as they do not get many marriage proposals, and also many people reject them because of their complexion.

But, why this obsession?

It is not written anywhere that people having a dark skin are not capable of anything. But, thanks to the advertisements of fairness creams which make people believe that being fair will make anyone successful.

According to fairness creams ads, those who have a dark complexion, become more confident, get a good job and a decent life partner after applying fairness creams.

As horrible as it may sound, many people living in India still believe that being fair is the key to a happy and successful life.

Many people go through a lot of emotional pain due to their complexion. So many people have shared their stories on the Internet where they stated that derogatory terms were used for them; they didn’t have any friends, and their self-confidence was zero.

A person having a dark complexion is often seen as someone who is ‘weak.’ In school, kids make fun of them by calling them names like ‘Kallu’, ‘Kalia’ and more.

Studies reveal that many dark-skinned people have low-esteem and self-confidence; they believe that they will not achieve any success in life.

These people then succumb to pressure and start using fairness creams, which are actually of no use.

Now, from where does, this obsession comes? Doctors suggest that obsession with fair skin in India has something to do with the British Colonial era.

According to experts, people living in India are obsessed with fair skin as they acquired this legacy from the British era. As the British rulers were fair-skinned, we also run after fair complexion.  People get obsessed with the thing they adore, but do not have.

The media has created the notion that in order to be liked and approved by others, one needs to have fair skin.

Now, the time is changing. People look for other things like Nature and Intelligence of a person rather than just beauty. However, skin biases still exist in India.

The only thing that can eradicate this discrimination from society is education. Kids from a very small age must be taught to accept individuals the way they are.

Skin colour does not determine anybody’s capabilities, talents and strength. It‘s high time we step up and be vocal about these issues because all human beings deserve to be treated equally. So, respect everyone and ‘STOP COLOURISM.’ 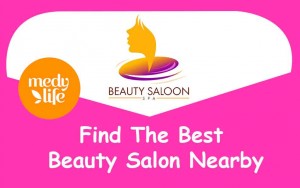