Home » Health » What you need to know about Diet Coke Addiction ! 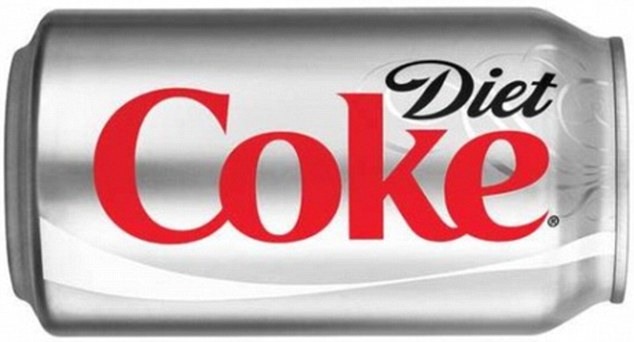 What you need to know about Diet Coke Addiction !

Diet Coke is a sugar-free beverage produced and distributed by the Coca-Cola Company. It was originally introduced in the United States on July 8, 1982, and launched in Britain the next year. Later with its success, the brand added eleven other flavours in the market.Over the years many people have developed an addiction to the Diet Coke. An addiction towards it may seem stupid to a lot of individuals. Most of the addicts are the people who were tricked into believing that it is Calorie-free and healthier than the carbonated beverages. It is calorie-free and sugar-free, so most people on a diet choose it as a regular drink. Individuals who get addicted to this carbonated beverage often replace water and consume it in excess. Are you an addict? Keeping reading to know more.

What is Diet Coke Made Of?

Why are people Addicted to it?

The culprit behind this silly addiction of yours is Aspartame. It is an artificial, non-saccharide sweetener used as a substitute to sugars in certain foods and beverages. It activates the centres in the brain. The real trouble is because aspartame doesn’t supply calories, the body misses out on it and craves for more.

It is toxic, yes we would call it toxic, drink made of chemicals. These chemicals are known to cause changes to the standard working of the brain, cellular communication, and basic body metabolism.The brain chemistry is affected when aspartame is consumed. Aspartame comprises of a methyl ester and two amino acids, and these chemical compounds can affect the dopamine system of the brain. Aspartame causes the same effects as alcohol and drugs but at different levels. While they cause severe damages to the bodies, Aspartame can cause little less. Caffeine, which is a psycho-stimulant and also present in Diet Coke, when combined with aspartame’s dopamine effects increases its addiction in a person.

How to know if you are Addicted to it??

One of the best ways to know whether you’re addicted to this not-so-heavenly-unhealthy drink is to avoid it willingly as much as you can. Nobody should force you to stop having it. Avoid it for seven days and see if you experience any symptoms of withdrawal in your body or not. The initial symptoms that’ll appear will be frequent headaches, irritability and mood swings because of caffeine deprivation.

How to fight Diet Coke Addiction.

The best ways to check whether you are addicted to it or not is to abstain from it. You might visit your grocery store and see the lovely Diet Coke Can crying “Pick me up!” and you might even feel like. But our advice- DON’T. No matter how difficult is it to stay away from it but you have to because it is bad for your health.You can replace it with Coffee or tea but, it won’t resolve the issue of caffeine. Although, coffee and tea as compared to Diet Coke are healthy if you don’t use sweeteners. To fight this, you may wish to try out some herbal teas.Also look for the food labels on products. Strictly avoid buying products which consist of Aspartame.

• Like coffee/tea drinkers, they begin their days with this unhealthy drink.

• Stained teeth are very familiar to people who consistently consume it.

• People addicted to it want it as soon as its name is mentioned.

• They can miss drinking water but Diet Coke? Never.

These were some of the facts regarding Diet Coke and its addiction and what is the reason behind a lot of people facing it. Aspartame is the cause of all evil. Caffeine, however, is also an important factor for the addition of this unhealthy drink.