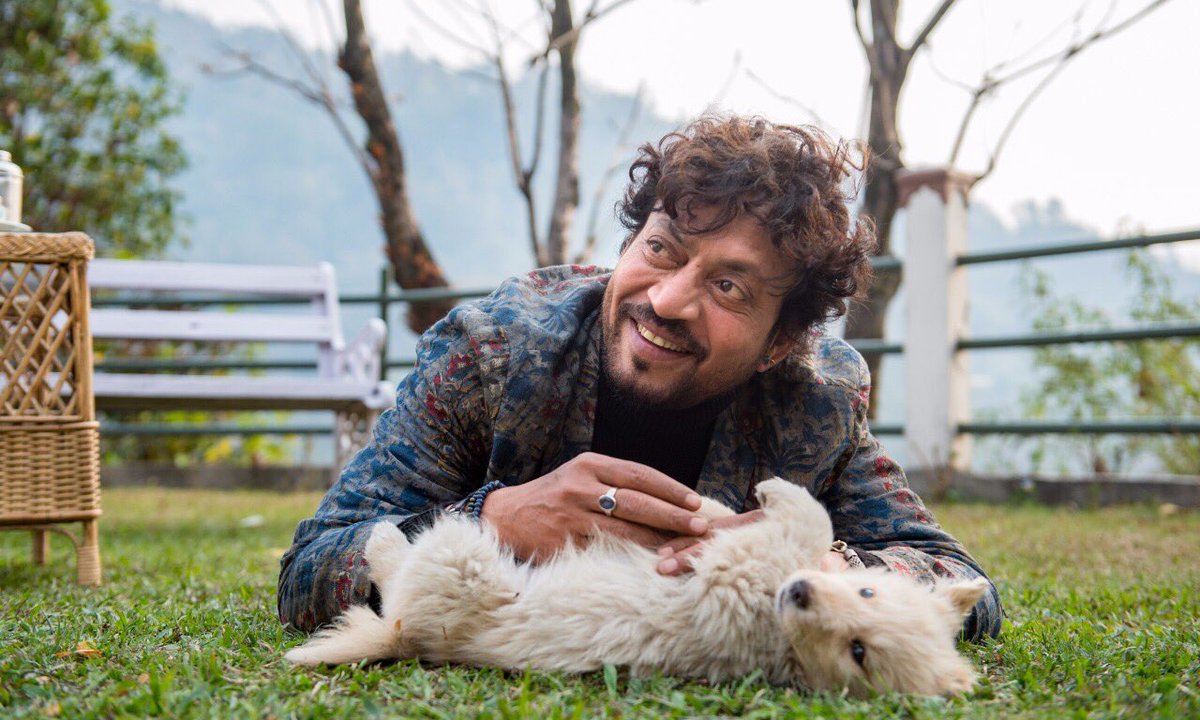 Irrfan Khan is a Bollywood actor known for his phenomenal performance in award-winning movies like ‘Lunch Box’, ‘Madaari’, ‘Piku’ and so on. He is currently undergoing treatment for a rare type of cancer, called neuroendocrine tumour in London. In March, Irrfan Khan took to Twitter to break the news of his illness. He revealed in the tweet that he is diagnosed with neuroendocrine cancer, which is a rare type of cancer. His fans and other celebrities also took to Twitter to post wishes for his quick recovery.

The 51-year old star posted a picture on Twitter on Sunday afternoon which went viral within a few hours. In the photo, Irrfan Khan can be seen wearing a yellow T-shirt standing next to a glass window with earphones around his neck and a bright smile on his face.

Last month, Irrfan Khan won the IIFA for Best Actor for his role in the movie Hindi Medium. His team accepted the trophy on his behalf. However, Irrfan Khan took to Twiter to thank IIFA and wrote, “Thank you to IIFA and our audience who have been part for my journey.” Irrfan Khan also won the special Icon Award recently at the closing ceremony of the London Indian Film Festival (LIFF). He accepted the award privately after two of his films were screened at the festival this year Mostafa Sarwar Farooki’s ‘Doob: No Bed of Roses’ and Anup Singh’s ‘Song of Scorpions’.

The 51-year old Bollywood actor will soon be seen in the movie Karwaan, which also marks Dulquer Salmaan’s debut in Bollywood. The film will be released on August 3, 2018. We hope the movie does well and we see more pictures of Irrfan Khan smiling. The news of Irrfan Khan being diagnosed with neuroendocrine disorder made everybody sad.

The famous actor is loved by all for his acting skills and ‘down-to-earth’ persona. The fact that the cancer is of a rare type made him and his fans more nervous. Initially, it was revealed that the actor is suffering from a ‘rare’ disease, and nobody knew what the disease was. Later, the actor took to Twitter to reveal that he has been diagnosed with a neuroendocrine tumour, a rare form of cancer that has the potential to target various parts of the body as well. Let us know more about this rare type of cancer.

What is a Neuroendocrine Cancer?

What are the Symptoms of a Neuroendocrine Cancer?

Generally, people do not develop any symptoms, and when symptoms occur, they can vary based on the location of a tumour.

Some of the signs and symptoms of a neuroendocrine cancer are:

5. Firm, shiny lumps on the skin

6. Changes in the glucose levels in the body

If you experience any of the signs & symptoms as mentioned above, consult a doctor right away.

How is a Neuroendocrine Cancer Diagnosed and Treated?

Some of the tests which may be conducted to diagnose a tumour are:

6. Molecular testing of a tumour

The treatment options for this rare type of cancer depend on several factors, including the type of a tumour, the stage, possible side effects, and the patient’s overall health and preferences. Treatment options for a neuroendocrine tumour include surgery, radiation therapy, chemotherapy, and medications.

A neuroendocrine tumour is very rare, and the best way to protect yourself from this rare disease is to eat a healthy diet, exercise, stay away from alcohol and tobacco, and go for a regular health checkup. Life seems dull when we aren’t healthy. It is best if we take precautions to prevent health conditions. So book a health checkup package now to know your overall health state and keep health diseases at bay.