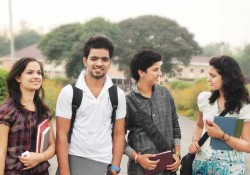 Kaushik, 14, had trouble sleeping and within a few days, he also developed palpitations. When he began to feel tired very often, his parents realised it was time for a check-up. While his parents assumed he would be anaemic, they were not prepared for what a simple test diagnosed: Kaushik had hypertension.
Rapid lifestyle changes and high-stress levels are making adolescents in the city highly prone to hypertension, say medical experts. Studies show that nearly 21% of school-going children in the 13-17 age group are either hypertensive or in the pre-hypertensive stage. The condition, if left untreated, could result in their becoming vulnerable to ailments of the heart and kidneys, warn doctors.

Checking the blood pressure of an adolescent was unheard of a decade ago but times have rapidly changed along with the pattern of diseases, said paediatrician Dr J K Reddy of Apollo Hospitals. “The immense levels of competition and pressure to be better than others at everything, a sedentary lifestyle and an imbalanced diet are the main reasons behind adolescents developing hypertension,” he pointed out.
Consultant general physician Dr K Sundara Vadivelu said hypertension was commonly associated with high mortality and morbidity and its presence in childhood could easily go undetected unless especially looked for during this period. “Parents make it a point to take their kids for eye check-ups if they use electronic gadgets but no one thinks of checking the child’s blood pressure. This should change,” he said.
Dr Reddy said there was no difference in the presence of hypertension among adolescents studying at private or government schools and neither would their socioeconomic status make a difference. “Apart from family history, there could also be renal and cardiac related factors that cause hypertension in adolescents. Parents should make it a point to ensure that their kids eat a lot of fruits and exercise should be a part of their daily routine,” he said.
Physicians feel awareness is very low. “Prevalence of prehypertension reported in adolescents indicates that they are more vulnerable to cardiovascular diseases when they reach 30. Periodic surveys should be done in schools to identify the “at risk” group of children and adolescents who can develop hypertension in future so that preventive care can be provided,” said Dr Vadivelu.
Source: Times of India, Dated May 18, 2015 Article by Janami.Sampath1@timesgroup.com