Maximizing the Benefits of Whey Protein

Are you not satisfied with the gym results? Or worried about the thought of not reaping success after being an attentive workout? Indeed it is a common complaint, but we often forget about the fact of taking self-initiative to get a better effect. We hit the gyms to create a better version of ourselves but overlook the way to gain greater results. An addition of Whey Protein in our diet can give us a better quality of life as well reduce various health issues.

What is Whey Protein?

Whey protein is a by-product of cheese production. It is a mixture of globular proteins separated from Whey which is the liquid material extracted during cheese production. It is composed of Immunoglobins, Bovine Serum Albumin, Beta- lactoglobulin, Whey Protein comes in four major forms: Hydrolysate (WPH), Concentrate (WPC), Isolate (WPI) and Native Whey. The use of Whey has numerous potential health benefits. It is a good source of amino acids which effects on reducing the risks of Diabetes, Cancer, and Heart diseases.

A plethora of Benefits of Whey Protein:

Top six benefits of whey protein are as follows:

Whey has low cholesterol content, and this helps to lose fat faster than any other beverage. The research was conducted in Minnesota with some gym practitioners by some paediatrician. The gym practitioners were divided into two groups, and their daily caloric intake was reduced by 500 calories. The first group was given Whey along with their diet, and another group was given isocaloric mix beverages. Those consuming whey lost a significant amount of fat and retained their muscle.

Improvement in the Immune System:

Whey Protein acts as a stimulant and helps in coping up with stress. It was noticed that late-night multitaskers who often broke down with depression were found in a good mood after consuming Whey Protein. They considered Whey as an alternative to vulnerable stress and underwent fewer symptoms of depression.

Cancer is often found as a family killer. Whey has proved a miracle in curing certain cases of initial levels of cancers. It includes prostrate and colon cancers too. Whey used by some cancer sufferers has earned a good review.

Whey increases fat-free mass and also retain muscular strength. Research conducted with 19 men performing Resistance Training over a 10- week time proved it. Nine men were given casein protein along with 6 grams of free amino acids and 14 grams of Whey. The others were given 20 grams of placebo. Those who had consumed Whey had a greater increase in fat-free mass and muscle strength.

Obese men and women who are prone to excessive eating were found to reduce hunger after Whey consumption. This reduces levels of ghrelin, which is a hormone that instigates us to eat. Instead of munching on poor snacks a protein shake can reduce 4 hours of hunger leading to pound loss. 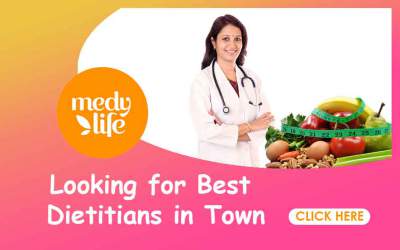