Home » Health » What is Hysteria ? Things You Must Know for Sure ! 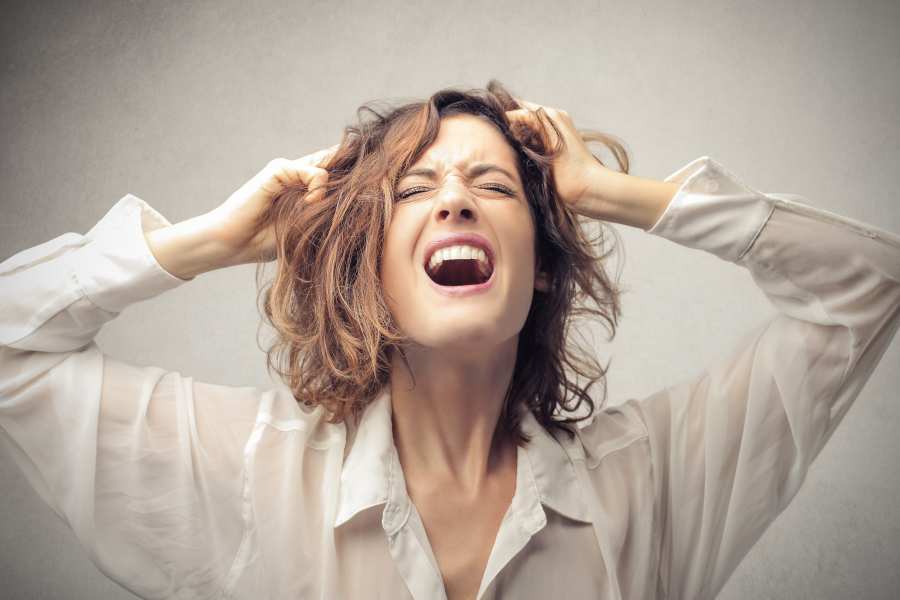 What is Hysteria ? Things You Must Know for Sure !

‘Hysteria’ and ‘Hysterical’ are the two words that are commonly used by people all over the world. However, only a few people know what Hysteria is. ‘Hysterical’ is a term used for the people who are affected or driven by uncontrolled emotion. There are also many Myths and Facts related to Hysteria like it is a woman’s disease and it is related to sexual activities and so on. So, what is Hysteria? It is nothing but a mental disorder which can be treated and cured.

Hysteria comes from the Greek word ‘Hysteria’ which means the uterus. Histrionic Personality Disorder, also known as Hysteria Personality Disorder is a mental disorder in which a person has unstable and intense emotions. The term Histrionic means ‘theatrical or dramatic.’  People who have this mental illness tend to dress inappropriately or dramatically and behave in a manner by which they can seek the attention of others.

The people who suffer from this Personality Disorder often have distorted self-image, and they constantly need the approval of others to feel good. In other words, their self-esteem does not arise from within themselves but is dependent on the approval of others. Also, they have excellent social skills and use it to manipulate others. Histrionic Personality Disorder is more common in women than in men and is by no means uncommon, as 2-3% of the population suffers from it.

Earlier, Histrionic Personality Disorder was associated with women only. In the 19th century, the Doctors discovered that men too have this mental illness. It was, however- Sigmund Freud, the father of Psychoanalysis who connected this disease to a mental disorder.

Those who suffer from this disorder are good in social skills and often use it to their advantage to manipulate others and gain attention.

A person having this Histrionic Personality Disorder may have the following symptoms:

-Feeling uncomfortable when they are not the centre of attention

-Behaving in an inappropriate flirting or seducing manner

-Looking for approval and acceptance from others constantly

-Have a low tolerance for criticism

-Easily bored by the daily routine

-Being Overly Concerned about their physical appearance

-Hurt quickly and easily, but have less consideration for others

-Threaten or attempt suicide so that they get attention

-Have difficulty in maintaining good relations with others

There are no such specific causes known yet which could develop Hysteria Personality Disorder. However, mental health professionals suggest that are certain inherited and learned factors which can contribute to developing this mental disorder.

The factors which can trigger Hysteria Personality Disorder are:

If a parent of a child has Hysteria Personality Disorder, there are chances that the child might also develop the same.

There are certain environmental factors which can lead to this disorder. If a child had always seen his or her parents fighting, or death of a close family member one, or a sickness of a family member, it can lead to an anxious state of mind and trigger Hysteria Personality Disorder.

Also, if a child is nurtured in a very loving manner, and is not criticised or punished at all; it can lead to Hysteria Personality Disorder. Likewise, emotional distance from parents, lack of positive reinforcement, and unpredictable attention given to the child make the child confuse about what kind of behaviour will be accepted by his or parents. And then the personality disorder starts developing when the child learns unusual ways of coping with stress.

The Doctor will first take a medical and psychiatric history if signs of personality disorder are present. However, if any physical symptoms are present, then physical examination and lab tests (such as blood tests or neuroimaging studies) may also be recommended by the Doctor to make sure that any physical illness is not causing any symptom that may be present.

The Doctor might refer the patient to a psychologist or a psychiatrist if no physical reasons for the symptoms are present. The mental health professionals use interview and assessment tools that are designed specially to evaluate a person for a Personality Disorder.

It is important to know that what is hysteria because generally, people who suffer from this disease do not believe that they are in need of therapy. Also, following a treatment plan is hard for them as they dislike routine. Usually, the treatment of Histrionic Personality Disorder is done with the help of medication and Psychotherapy.
1. Psychotherapy is a type of counselling wherein the counsellor, and the patient interacts with each other. The goal of the treatment is to make the patient understand their underlying feelings, emotions and thoughts and learn to cope with the negative and irrational thoughts and feelings in a more positive way.

Do not hesitate to Consult a Doctor if you think you have the symptoms of this disorder or are going into stress as Stress leads to various illnesses.