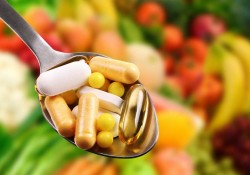 Type 2 diabetes can be prevented or delayed with a healthy diet and exercise, but most people get diagnosed late, often after complications such as blindness, kidney failure and heart disease have set in. DR NIKHIL TANDON, Head of the Department endocrinology, metabolism and diabetes, AIIMS

Srikanth Mahata, 57, was constantly worried about sudden spikes and precipitous falls in his blood sugar levels. Though he’s had little trouble controlling his diabetes since he was diagnosed with it close to a decade ago, medicines suddenly appeared to have stopped working a year ago.

“My sugar levels were all over the place despite diabetes pills, so my doctor advised to switch to an injectable drug about six months ago, but I didn’t want to start injecting myself multiple times a day,” says Mahata, who works for a Geneva-based shipping company.
He struck gold when Trulicity, a weekly non-insulin drug, was introduced in India two months ago.
It’s a single-dose loaded pen that does not require mixing nor measuring and is recommended for people like Mahata who have uncontrolled glucose despite taking oral drugs. It also triggers weight loss, which is a big motivation for many people struggling to achieve a healthier weight,” says Dr Ambrish Mithal, chairman, endocrinology and diabetes, Medanta.
The other options are the once-daily Victoza, which does away with the need for taking multiple shots a day.

What you Need to Know about Blood Sugar Levels

The International Diabetes Federation estimates 67 million people in India to be diabetic, though only half of them know they have it. Three in every 100 persons will develop diabetes at the end of the year, shows data from the cardio-metabolic risk reduction in South Asia (CARRS) study of adults ages 20 and above in Delhi, Chennai, and Karachi from 2010-13.

The diabetes incidence rate – defined as cases every 1,000 persons – was 30.8 for India, with people in Delhi being at highest risk. Incidence was 37.3 for Delhi, 25 for Chennai, and 31.9 for Karachi, with women being at a slightly higher risk than men, found the study.
“A 3% annual incidence is very, very high, and unless diabetes in those affected in managed optimally, they run the risk of developing complications that can damage their eyes, nerves, kidneys and heart,” says Nikhil Tandon, professor and head of the department of endocrinology, metabolism and diabetes, All India Institute of Medical Sciences, which participated in the CARRS study.
Tandon advocates a “low-cost health system approach” involving non-physician care coordinators, such as nurses and health workers and a clinical decision-support software on a smartphone or tablet to lower the risk of death.

Dr Mithal pointed out that “Sodium-glucose cotransporter inhibitors” are another new class of medicines that improve control blood sugar in type 2 diabetes. “Apart from being a potent anti-diabetic, it promotes weight loss kg in most users and lowers hypoglycemia risk,” he says.
For people with type-1 diabetes, the new insulin combination ensures smooth control with less sudden falls in blood sugar levels.

Best, of course, is prevention. Staying active, having a healthy weight and eating a high fibre, low sugar diet prevents type 2 diabetes, which accounts for 95 per cent of all diabetes cases.
Type 2 diabetes can be prevented or delayed with a healthy diet and exercise, but most people get diagnosed late, often after when complications such as blindness, kidney failure and heart disease have set in,” said Dr Tandon.
“Get screened if you have risk factors, be it obesity, sedentary lifestyle, or family history.” 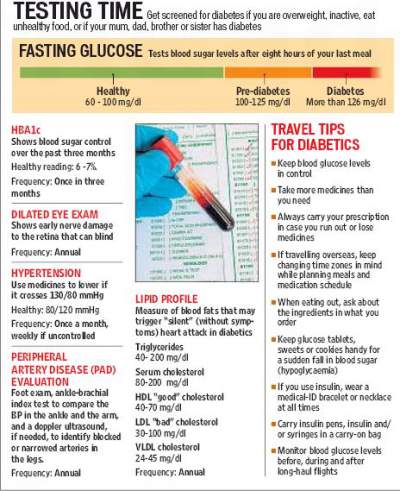