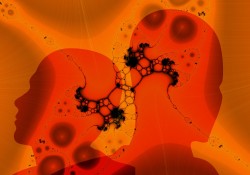 This is a specialised technique that assures to improve the field of medical diagnostics. This technique is said to produce clearer and more accurate pictures that can help doctors give their patients more accurate diagnoses.

This technology is based on the traditional black-and-white X-ray which incorporates individual particle-tracking technology developed for CERN‘s Large Hadron Collider, which in the year 2012 discovered the elusive Higgs Boson particle.

The original concept of Medipix is that it works like a camera, detecting and counting individual particle hitting the pixels when its electronic shutter is open. This enables high-resolution, high-contrast, reliable images, making it unique for imaging applications in particular in the medical field.

The brilliant minds behind this, i.e. Professor Phil and Professor Anthony Butler from Canterbury and Otago Universities spent about a decade building and refining their product.

According to the CERN, the images not only clearly show the difference between muscle, bone, and cartilage, but also the size and position of cancerous tumours. The technology right now is being commercialised by New Zealand company MARS Bioimaging, linked to the universities of Otago and Canterbury which helped develop it.

In the coming months, rheumatology and orthopaedic patients in New Zealand will be scanned by the MARS scanner in a clinical trial, paving the way to potentially routine use of this new generation equipment.