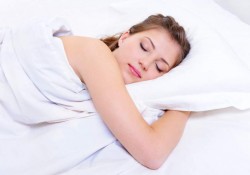 Intense bouts of exercise may cause a significant and progressive decline in sleep quality and worsen your mood and capacity for exercise, suggests a new study published in the Journal Of Sports Sciences.Scientists from Loughborough University in the UK studied the effects of two nine-day periods of heavy training on 13 highly trained cyclists.

The researchers monitored the athletes’ moods, sleep patterns and performance before, during and after exercise. To determine whether diets could counter the effects of any sleep deprivation, the athletes were also given high or moderate amounts of carbohydrate.

The researchers discovered that even as little as nine days of intense training could cause “significant and progressive decline in sleep quality”. Also, the cyclists reported changes in mood as the study progressed, including more tension, anger, fatigue, depression, and increased feelings and symptoms of stress.