Home » Trending » The Mania To Over-Medicate 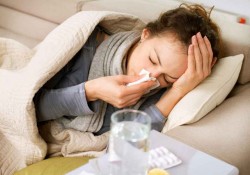 Antibiotics have transformed the course of modern medicine. Owing to indiscriminate use, they may no longer be as effective, warn experts

There has been a six-fold increase in the consumption of antibiotics in India in the last five years which is very Dangerous.

It’s a problem that affects most of us, regardless of where we live, our age and state of health. At the first hint of illness, it isn’t unusual to reach out for medication, even antibiotics. In India, popping a pill for every ailment has become a way of life, especially in urban cities.

A November survey by the World Health Organization (WHO) in 12 countries showed widespread misunderstanding about how antibiotics work. Almost two-thirds of the 10,000 respondents admitted being confused about what antibiotic resistance was and was uncertain about the impact it could have on the health of their families. Over 60% of the respondents mistakenly believed that antibiotics could be used to treat colds and flu, despite the fact that these drugs are known to be ineffective in killing viruses. More alarmingly, 32% believed they should stop taking antibiotics if they felt better instead of completing the full course prescribed by the doctor.

The fact that these are the very habits that give rise to the dangers of antibiotic resistance (when the antibiotic loses its ability to effectively control or kill bacterial growth) was not completely understood. The greater the volume of antibiotics used, the greater the chances that antibiotic-resistant populations of bacteria will prevail in the contest for survival of the fittest at the bacterial level, according to the State of the World’s Antibiotics (2015) report, published by The Center for Disease Dynamics, Economics and Policy (CDDEP), a public health research organization based in Washington DC, US, and New Delhi.

The CDDEP report has also established that India recorded the highest consumption of antibiotics, with 13 billion pills ingested in 2014, a figure higher than China (10 billion) and the US (seven billion) in the same period. Many more pills, experts suspect, are being taken without a proper prescription. The report says this marks a six-fold increase in the consumption of antibiotics in India in the last five years, a statistic indicative of a trend that could escalate into a larger public health crisis.

The rise of antibiotic-resistant bacteria
Inappropriate use of antibiotics has caused the emergence of newer strains of antibiotic-resistant bacteria,” says Washington-based molecular biologist and research scientist, Zeeshan Ali, working with the Physicians Committee for Responsible Medicine, a non-profit organisation that promotes preventive medicine and encourages higher standards for ethics and effectiveness in research. “Infections from bacteria Methicillin-resistant Staphylococcus aureus and Streptococcus pneumonia have become difficult to treat. Multi-drug-resistant tuberculosis is also the biggest challenge in India emerging from antibiotic resistance.”

And it’s not just excessive prescription of antibiotics, but underproduction of critical drugs that is causing this crisis, says Abdul Ghafur, consultant, infectious diseases and clinical microbiology, Apollo Specialty Hospital, Chennai. “The pace of antibiotic drug development has slowed over the last decade or so,” he says. “In particular, the discovery of newer antibiotics that are active against gram-negative bacteria (more prevalent in India and other South Asian countries) are very limited. Newer drugs that have been developed in clinical trials tend to be effective against gram-positive bacteria (which is more rampant in the West),” says Dr Ghafur. (On the basis of the cell wall structure, bacteria is classified as gram negative or gram positive. In gram-positive bacteria, there is no outer membrane. Gram-negative and gram-positive bacteria react to medication differently.) As a result, says Dr Ghafur, physicians are forced to use older, unsophisticated drugs to treat infections caused by gram-negative bacteria in India and we see a rise in a spate of infections that are unresponsive to all medication. Added to these woes is the misuse of antibiotics by all sections of society.

“While the affluent consume antibiotics for minor complaints that don’t warrant its use, in the economically weaker groups, many may not be able to afford a full course of drugs. Without any subsidy or regulated healthcare system, there is the great risk of them buying just a few pills and leaving the treatment midway, a practice that could further escalate this problem, making existing germs resilient and harder to treat,” says Dr Ghafur.

Sanjeev Goel, a paediatrician based in Gujarat and former executive board member of the Indian Academy of Pediatrics (IAP), was the national convener of the “Avoid Antibiotic Abuse” campaign, which has been instrumental in creating awareness about antibiotic abuse across the country. It’s the brainchild of Vijay Yewale, IAP’s former president. As part of the campaign, the IAP has conducted awareness walks and car rallies, installed hoardings in public spaces and devised press notes, cartoons, television programmes and poster competitions. “A Facebook page was created, and an email was sent out to all our 23,000 members last year,” says Dr Goel. “We tried to drive home the point that all fevers do not require antibiotics, a fact that applies not only to children but adults as well.”

For patients whose immune systems are compromised, perhaps owing to an underlying disease such as AIDS, tuberculosis or cancer, doctors tend to prescribe combinations of antibiotics. Today, however, the practice of prescribing two or more combination drugs to treat the simple flu isn’t uncommon in India.

Even in Western countries, 40% of the antibiotics are being overprescribed, estimates Prabhu Umesh, a consultant paediatrician and medical director of Wrightington, Wigan and Leigh NHS Foundation Trust, an organisation which runs semi-autonomous hospitals in the UK.

“Such blind treatment is dangerous and increases resistance, costs and side effects,” says Dr Umesh. “The only circumstance which warrants the use of two antibiotics is when the patient is very ill with septicaemia, severe pneumonia or meningitis, and when you don’t know which bacteria is causing the infection or don’t have time to wait for the results of the tests. In such case, if you don’t administer the antibiotic quickly, it could be fatal or result in the patient developing severe complications.” Such patients, says Dr Umesh, need hospital admission and care.

Sometimes, in very sick patients, when a doctor is unable to identify the exact germ causing the disease, the practice of using multiple antibiotics is common, says Dr Ali, but this is used only for a short period (until the microbe is identified or very virulent microbes can be tested and ruled out).

Proper diagnosis, believes Dr Ali, is essential in preventing the abuse of antibiotics.

The bottom line is that the more sparingly antibiotics are used, the better, especially when it’s not a case of life or death.

Small steps can help keep you healthy and free of bacterial infections in the first place. According to a 2014 WHO report, vaccinate your children at birth, so that their immune systems grow stronger; ensure that drinking water is safe; that standard of hygiene in your immediate surroundings improve significantly; and most importantly, don’t let your family over-medicate for minor illness.

“We also need the better protocol for managing infections,” says Dr Goel. In India, this would involve greater regulation in the prescription and sales of antibiotics and lesser pressure on doctors to prescribe antibiotics for patients who are utterly convinced that this is the only way to effect a speedy recovery.

Despite current regulations that categorise certain antibiotics as restricted drugs that should not be sold without a prescription, many are still available over-the-counter across the country.

In 2012, various medical societies in India came together to discuss the issue of tackling antibiotic resistance and to formulate a road map to address this global challenge from an Indian perspective.

The event, held in Chennai, was called the “Chennai Declaration”, and Dr Ghafur, one of the coordinators at the event, continues to be involved in bringing legislature in place to ban the indiscriminate sale (without prescription) of 24 key antibiotics—a more practical way to prevent misuse, he believes, than an outright ban on the sale of all antibiotics without prescription.

The Chennai Declaration has already been submitted to all sectors of the relevant governmental and non-governmental bodies and medical societies across the country.

“This crisis has been decades in the making, and it’s not restricted to one part of the world,” says Dr Ghafur. “So it’s certainly not a new story, but one we need to urgently pay heed to.”