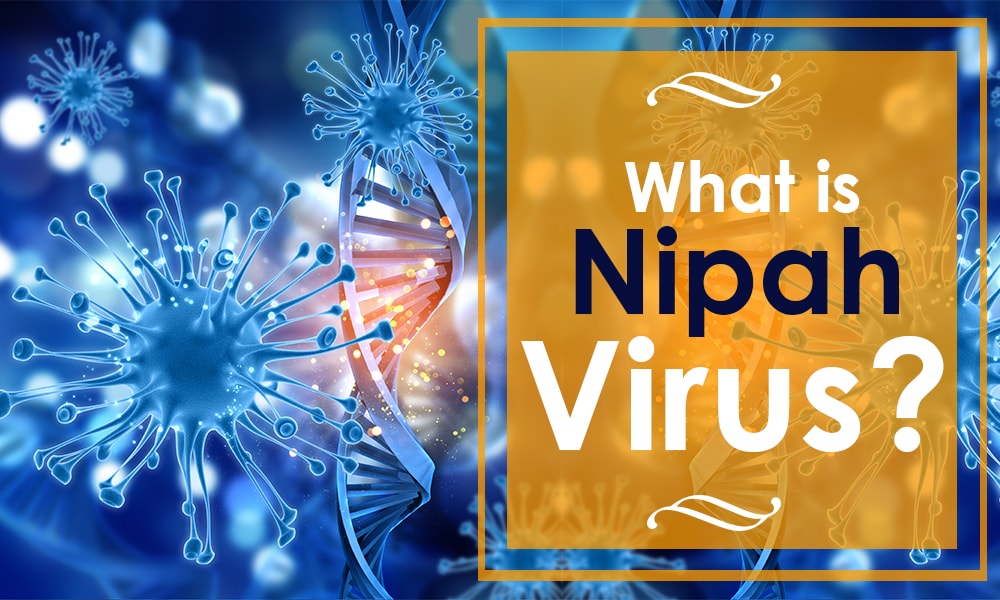 India is still in shock after the news of Nipah Virus killing people in Kerela has spread across the country. Nipah is considered a newly emerged deadly virus and is suspected to have killed 12 people in Kozhikode in North Kerela. 25 people have been hospitalised with major symptoms of the Nipah virus in Kozhikode. Nipah is an infection which can be transmitted to humans from animals. The scary thing is that there is no vaccination for the Nipah virus.

This deadly virus is also “top of the list” of ten priority diseases that the World Health Organisation (WHO) has identified as potentials for the next major outbreak. A nurse who was taking care of Nipah patients died on Monday, leaving the hospital staff in panic. Three more nurses from the EMS Co-operative Hospital in Perambra are under observation at Kozhikode Medical College Hospital in Kerela after they developed a headache and fever. However, it’s not yet confirmed whether they are suffering from Nipah virus or not.

Panic grips Kerela because there is no cure for the virus. A specialised team from the National Centre for Disease Control in Delhi reached Kozhikode, Kerela and has set up control rooms in all private and government hospitals in the district to monitor the spread of the infection properly. As of now, there is simply no cure for the disease; hence the best we can do is understand about the virus and protect ourselves from it.

What is Nipah Virus?

Nipah virus infection is a newly emerging zoonosis that can be transmitted to humans from animals and can cause severe disease in both animals and humans. The natural host of the virus is fruit bats. This virus was first identified during an outbreak of disease that took place in Kampung Sungai Nipah, Malaysia in the year 1998. The infection killed over 100 people in that outbreak.

In order to stop the virus from killing people, more than a million pigs were euthanised, which led to a huge trade loss for Malaysia. In the year 2004, many people became infected with the Nipah Virus in Bangladesh after consuming date palm sap contaminated by infected fruit bats.

Nipah virus is an example of zoonotic disease. In this type of disease, animal diseases can be transmitted to people. In zoonotic diseases, the chances of a human getting the disease are lesser if the animal is given proper antibiotics.

There also have been cases of human-to-human transmission. However, medical experts are still studying whether the transmission happened because everybody was exposed to the same infected person or if the same source passed on the infected to another person. The Nipah virus can adapt or mutate, like the H1N1 virus.

What are the Symptoms of Nipah Virus?

The symptoms of the infection include:

These symptoms can progress to coma within 24 – 48 hours.

How is Nipah Virus Transmitted?

Nipah Virus is transmitted through direct contact with infected pigs, bats or other people infected with the virus.

How is Nipah Virus Treated and How can we Prevent It?

Presently, there is no vaccine for either animals or humans. Hence there is no specific treatment for Nipah Virus.

All you can do is take some preventive measures and try to be safe. To avoid being infected by the virus, stay away from an infected person. Wash your hands regularly and adequately. Do not drink toddy brewed in open containers near palm trees.

Do not consume fruits which have fallen off from the trees and do not drink sap of raw date palms. Avoid getting exposed to sick pigs and bats. Cover your mouth when you are travelling.

Follow the measures as mentioned above to prevent the spread of the disease. Share the article with your friends and family members so that they can also know about it and be safe and healthy. If you experience any symptom of the virus, seek medical help immediately.