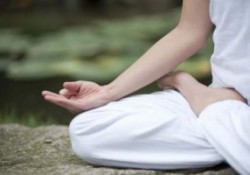 Yoga day. Honestly, I have mixed feelings about this. I am unsure about how it will uplift the regular practitioner. But then I remind myself that one of the reasons why yoga survived over centuries, despite the many invasions India faced, is because it adapts to the need of the hour. This is exactly what gives it the timeless quality.

So here are five interesting facts that you may miss in the noise around Yoga Day:

1. Asanas are for the mind

For starters, yoga is beyond the practice of asana or physical postures. The most classical text of yoga, the Patanjali yoga sutra, composed of 196 verses, doesn’t bother mentioning a single asana. Having said that, asana is the most visible or outwardly expression of the Ashtanga yog philosophy. Asana was and is meant to use the body as a tool to train the mind and the senses. The asana practice, like the philosophy of yoga, is all encompassing – it’s inspired by nature, teaches us to learn something from every living being around; from the snake to the bumble bee. There is nothing as precious as learning to do the trikonasana or the kukkutasana properly. It is the most ancient piece your body can ever wear.

2. It is in sync with all religions

The very first translation of the Patanjali yoga sutra was in Arabic, and none other than the notorious Mahmud of Ghazni commissioned it. Translated into Arabic by the renowned scholar Al-Beruni, it’s called ‘Kitab Patanjal’. It’s interesting to note that the work is called the book of Patanjali and no credit is robbed from the original writer. There is no bigger endorsement than this that yoga is truly in sync with every religion. The Sufi arm of Islam is considered to be influenced by Al-Beruni’s work.

Discover the Numerous Benefits of Yoga

3. It is a gender-neutral discipline

If globally yoga classes are packed with women, in India our Bhai log are more than happy to keep us company. In my Iyengar yoga class taught by senior teacher Zubin Zarthoshtimanesh, 70% of the students are men. The beauty of it is that the teaching is the same no matter what the dominant gender of the class. It involves the same routine developed over years of intense practice, observation, and contemplation. There are equal opportunities, equal efforts and equal joys to be achieved at the end of the class. It doesn’t discriminate on the grounds of anything – class, age, community, gender or nationality. You practise, you get it. You don’t, you won’t.

4. It is about lifestyle choices

For all those who feel it’s not such a great option for losing weight, all I can say is that I haven’t found a better one. Yama and Niyama, the first two of the eight steps of Ashtanga yoga, lay down the foundation of a disciplined lifestyle. If practised right, even before you make the journey to the third step called asana, you would have lost all the excess baggage – and I don’t just mean weight here – but all the excesses of eating, smoking, drinking, hoarding, sleeping, cribbing, etc. There comes about an elemental or change at a deeper level, making every individual feel closer to herself and in a better state of balance. So if you are going to reward yourself with a pastry for eating salad this afternoon and roll out your mat for some Surya namaskars post-late-night movies, what you are doing on the mat is called bhoga, the opposite of yoga. So if you “do yoga” and are unhappy with the “result”, look at your eating and sleeping habits.

5. Stereotype yogi vs. the real yogi

Most of the work in the field of yoga is done by people who don’t get photographed, spoken to or written about. Many yoga gurus who taught selflessly, have not even had the luxury of two square meals a day, Iyengar being one of them. Closer home you will find your grandmother going through her ritual of bathing, eating, cooking and praying, most of it is coming out of yoga. The fact that she makes kaccha Kairi pickle in early summers and eats mango during summers is coming out of the deepest meaning of yoga, that is to live life in tune with its natural and seasonal rhythms. She may not own a yoga mat but don’t think of her as anything less than a true yogi. On the other hand, whether or not we like it, yoga today is a multi-million dollar industry and one of the biggest contributors to the yoga economy is teacher training courses with images of skinny women in white clothes on mountain tops in a Nataraja-asana or by the Ganga in a padmasana. But then yoga is about learning to silence outside information so that the insight gets a chance and makes peace on earth a real possibility. Till then, Hari Om Tat Sat.